Can Walkable Cities Save Us?

Can Walkable Cities Save Us?

Cities were once cast as the enemy of the environment—the antithesis of the thriving ecosystem. In the United States, public interest in protecting the environment beginning in the 1970s was largely a reaction to the visible degradation of natural resources caused by industry and urban development. Joni Mitchell famously sang, “They paved paradise and put up a parking lot.” But, the built environment does not have to come at the expense of the natural.

Below: 1914 in Sao Paulo: horses and streetcars were predominant, although automobiles were already starting to appear (for more interesting photos from the old Sao Paulo showing the transition from to widespread electricity and cars, visit Bibi's collection on Flickr). 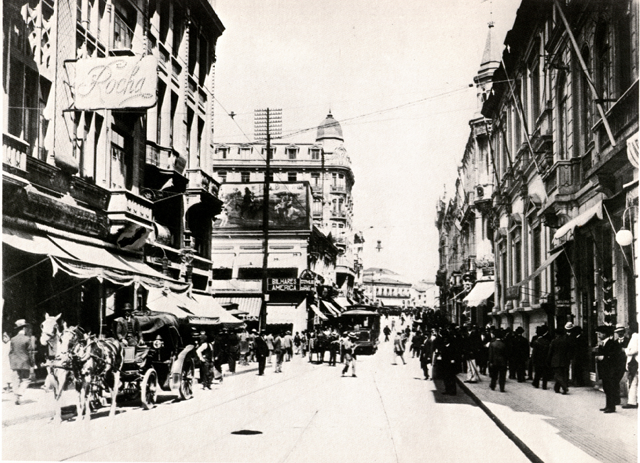 Globally, urban growth continues to boom, and by 2030 nearly 60% of people on earth will reside in cities, according to the United Nations. Cities are already responsible for the majority of the global energy consumption and greenhouse gas emissions. The C40 Cities Climate Leadership Group reports the world’s major cities consume almost 66% of global energy and generate over 70% of the carbon dioxide emissions on earth.

In a press release for the United Nations Habitat report 'Hot Cities: Battleground for Climate Change,' Executive Director of UN-Habitat Joan Clos made the critical point, “cities are responsible for the majority of our harmful greenhouse gases. But they are also places where the greatest efficiencies can be made.”

Urban planning can provide solutions which will both mitigate the negative impacts of human growth on the environment and improve the quality of life for city dwellers. On an individual basis, people living in urban areas have a far smaller environmental footprint than those residing in less densely populated areas. And the major difference is transportation.

A report titled 'Location Efficiency and Housing Type: Boiling it Down to BTUs,' published by the United States Environmental Protection Agency (EPA) found households built in high density areas (5,000-9,999 households per square mile) generate about half the emissions of households located in low density areas (0-50 households per square mile). Additionally, households located close to access to public transportation create about a quarter of the emissions of households without easy access to transit. In a 2012 article for Salon.com, city planner Jeff Speck succinctly explains the reality of the EPA report, “…the most green home (with Prius) in sprawl still loses out to the least green home in a walkable neighborhood.”

High density, carless living can provide other benefits as well. Cars are typically the second major expense in households in the United States. Eliminating the need for a vehicle can drastically reduce a household budget.

And walkability raises property values. A 2009 study by the group CEOs for Cities titled 'Walking the Walk: How Walkability Raises Home Values in U.S. Cities' states even minor improvements in walkability can provide tangible financial gains. The study used an algorithm called Walk Score, which analyzes the number of typical consumer destinations within walking distance of a property. A perfect ‘Walk Score’ of 100 would mean a resident could easily access routine destinations without the need for a vehicle. According to the CEOs for Cities study, in a typical housing market, an increase of just one point in the Walk Score rating could be worth anywhere from $500 to $3,000 in additional value to a the home.

The website Walkscore.com provides a Walk Score rating for United States cities, and offers people seeking a place to live with invaluable information about a the layout of a neighborhood. Walkscore.com cites the findings of the CEO for Cities report and maintains the benefits of walkability go beyond even environmental and economic gains, creating a healthier (people weighing 6-10 pounds less) and happier population, as less time is spent in transit (or in traffic).

City planners and developers are also increasingly recognizing the benefits of walkability. In Virginia, Arlington county encourages residents to reduce reliance on vehicles, creating the website Arlington’s Car Free Diet in which residents can determine the impact of cutting the use of a car for just one routine trip, and providing information about other options for transportation in the county. Arlington is also known as a bike friendly community, giving commuters the options of multi-use trials and bike lanes. For example, the website Bike Arlington allows users to map a bike option for any route of travel in the area. 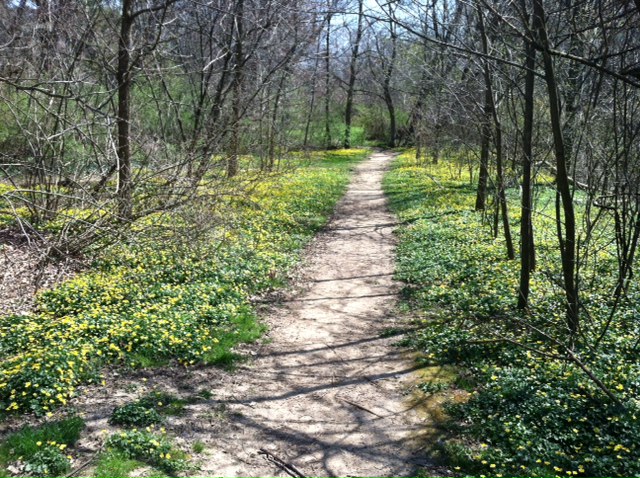 In the Washington DC area, property developers have already started to embrace walkability. According to 'DC: The WalkUP Wake-Up Call,' a report by Christopher Leinberger of the George Washington University School of Business, the notion of walkable properties was once considered a niche market. But, the entire landscape of the real estate industry in D.C. has undergone a paradigm shift, where the niche has become the norm. Leinberger reports between 1992 and 2000 ‘walkups’ accounted for 24% share of income properties in the city, a percentage which had doubled by 2009.

But, walkability is about more than just location. Many city planners argue for there to be any real impact, people must want to walk. Jeff Speck refers to a richer character of walkability, something he terms fabric, citing the failure of pedestrian zones created on Main Streets around the United States in the 1960s and 1970s. Walkability is not only a measure of access; it should also be, according to Speck, “useful, safe, comfortable, and interesting.”

Walkability can provide tangible benefits to our cities, addressing each component of the triple bottom line of sustainability, providing tangible environmental, social and economic benefits. Majorly reducing emissions in cities is arguably one of the most effective ways to mitigate global climate change. In his book Walkable City, Speck concludes, “The walkable city is not just a nice, idealized notion. Rather, it is a simple, practical-minded solution to a hose of complex problems that daily undermine our nation’s economic competitiveness, public welfare, and environmental sustainability.”